Only in America can 20 people (then it was 50, then they settled on 49) be killed and left-right politics dominates the discussion. A June 17 Gallup poll found that 79% of Republicans blame “terrorism” for the shooting, while 60% of Democrats blame a lack of gun control. There’s also been a lot more “gay oppression” conversation in media and the blogosphere as a result of this episode.

The bottom line, just like with Sandy Hook, 9/11 and all these other government-orchestrated shootings, is that they rely on mass gullibility and inertia to pull them off. Conversations about gun grabs, homosexuality and boogeyman Muslims keep the meter moving among the American populace, so this shooting accomplished three things in one. But only the completely naive and U.S. government apologists believe this was a spontaneous event done by a “terrorist.” These five observations are sure to open your eyes if you read them objectively. Read Entire Article 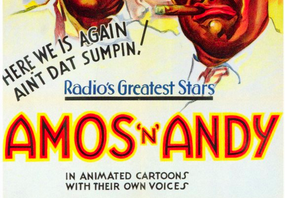 UPDATED March 31, 2018: Jen and Sara Hart drove their SUV off a cliff on the Pacific Coast Highway in Mendocino County, California, at 90 miles per hour, killing themselves and six adopted black kids.

The most [in]famous kid is of course Devonte Hart. He’s the hug-a-cop kid in the photo below, embracing Portland white supremacist cop Brett Barnum. The two white females who were Devonte’s “parents” were in a homosexual marriage, with one of them having a previous arrest for domestic violence. Read Entire Article

MARYSVILLE, WASH. — Sandy Hook was amateurish. 9/11 was sloppy. Now this latest government-orchestrated shooting might top both of them.

By now you’ve heard about the shooting this afternoon at Marysville-Pilchuck High School in Marysville: a town of 60,000 residents about 45 miles northeast of Seattle. But once again, with the New World Order already upon us, its just another poorly-executed government false flag.

The ‪‎Marysville‬, Wash. School District announced YESTERDAY, on its own website, that there would be a “SWAT training drill” at the school today. Here’s the screenshot of the Google results yesterday when you searched “Marysville Police SWAT training.” Read Entire Article

The poll found that 94 percent of Americans have heard about the so-called ISIS beheadings. That number is far more than any other news event in the past five years. Further, 61 percent said U.S. military action against ISIS is necessary, while 47 percent say the U.S. is less safe now than before 9/11. Read Entire Article

NEWTOWN, CONN. — A 2013 survey conducted by Reason-Rupp about six weeks after the December 12, 2012 Sandy Hook shooting, found that 52 percent of Americans believed politicians were “exploiting the tragedy” for political gain. 41 percent said Congress was acting properly. That means 93 percent believed the premise that 20 kids and 6 adults were gunned down by Adam Lanza at a Newtown, Connecticut elementary school after he shot and killed his mother in her home earlier that morning. The FBI has now revealed the entire Sandy Hook saga was just another government false flag. Read Entire Article

The only way buildings can collapse at free-fall acceleration is via controlled demolition. Despite this scientific and common sense fact, many Americans still believe 13 Muslims with box cutters and jet fuel were responsible for bringing down three skyscrapers in New York City on September 11, 2001.

Robbie Parker, the alleged father of a supposedly deceased girl in the aftermath of Sandy Hook, was laughing and smiling a few hours after his daughter was allegedly killed. Read Entire Article

Black Eye News refers to 2013 as The Year Of Edward Snowden for good reason. Despite documents to prove it, and Americans already knowing these laws were in place but simply acquiesced, nobody seems to care.

Shelby cited the Fourteenth Amendment’s Due Process and Equal Protection clauses as reason to strike down the law in the very conservative state. Coincidentally or otherwise, U.S. District Judge Clark Waddoups struck down parts of Utah’s ban on polygamy earlier this week, de-criminalizing the practice. He ruled the law violated the Freedom of Religion clause pursuant to the First Amendment. Read Entire Article

The Corporation of The United States: Part II

Black Eye News stumbled across an article entitled “The United States isn’t a federal corporation” written on the FauxCapitalist blog. We wrote a related article about the issue in June of 2012. The author of the previous expanded on the meaning of his title in the corresponding comments section:

“The article is about how the United States isn’t a federal corporation — not that it’s not a corporation.”